Dead Shark Gets a "Sea Section" and Delivers 3 Healthy Pups!

And yes, that pun was intended!

This is really spectacular footage and I have to hand it to the folks at TCKayakFishing for not screeching like banshees during this entire endeavor!

Video - Man climbs atop dead whale as it's attacked by sharks

Sandbar sharks, aka "brown sharks" frenzied by bluefish getting so close to the shore that several were momentarily beached!
Posted by AVN Staff at 6:04 AM No comments:

They lost their GoPro during the attack, but someone will surely find it one day and the footage will be spectacular as Ida Parker notes that at least 4 feet of the shark breached before biting through her kayak.

Below is the interview with the 2 women where ultimately unharmed but the bite marks left on their kayaks are pretty dramatic!

As much as we love Shark Week; the folks at VOX do have some very valid criticisms (video commentary):

"Shark Week used to be educational. Now it's filled with fake documentaries about "Megalodon" and "Submarine." Here's what you need to know before you watch The Discovery Channel series."
Posted by AVN Staff at 2:03 PM No comments:

If for no other reason than the new Woods Hole Remus Cam footage of a Great White attack on the unit from 5 different angles (video below):

Check it the other amazing videos here:

http://www.discovery.com/tv-shows/shark-week/videos/the-remus-sharkcam.htm
Posted by AVN Staff at 12:24 PM No comments: 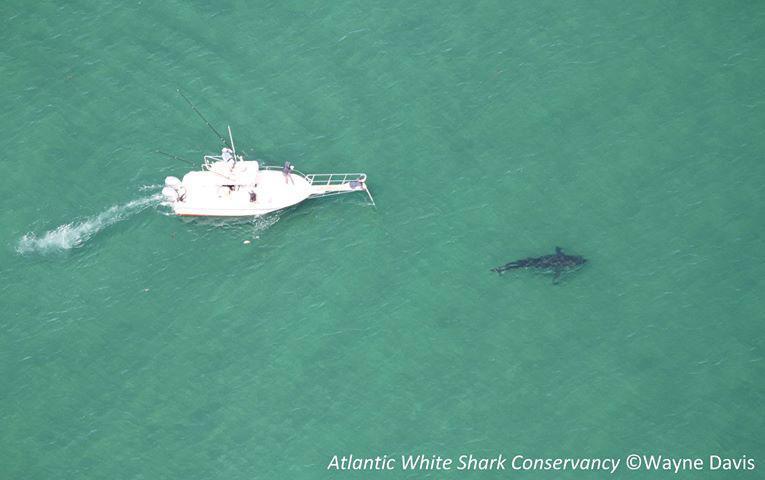 The Cape May Great White Shark - "HE TOOK OUR CHUMBAG"!

It's easy to laugh at this guy's reaction but anyone who's been this close to a great white, especially as a surprise in an area you weren't otherwise expecting to find one, knows how easy it is to get this excited!

I have a feeling that "Chumbag" is this boat's new name and someone in Cape May needs to get to the screenprinter ASAP to get some "He took our chumbag" t-shirts made.

Here is the video making the rounds today, courtesy of NBC Philly via PennLive:

Bull Sharks of the Potomac River

Although it's debatable by locals as to whether this is the freshwater Potamac or the Chesapeake Bay, the presence of "Bull Sharks in the Potomac River" is not as rare you one might think.

In 2010 and again in 2013, Bull Sharks of up to 8 feet were netted in the Potomac near Cornfield Harbor and Point Lookout State Park.

Although local media may sensationalize these events, party because National Geographic as dubbed the Bull Shark "the most dangerous shark in the world"  and have investigated global cases of freshwater shark attacks.


SharkSavers actually has some great information about how sharks actually survive in fresh water.

Attack? Investigate? Play? Judge for yourself!

How Big are the Mako Sharks near Pensacola Florida? This 11 foot 800 Pound Shark was Caught from Shore!

Joey Polk intended to avoid any publicity but his picture was taken at a gas station and sent into the the local paper: 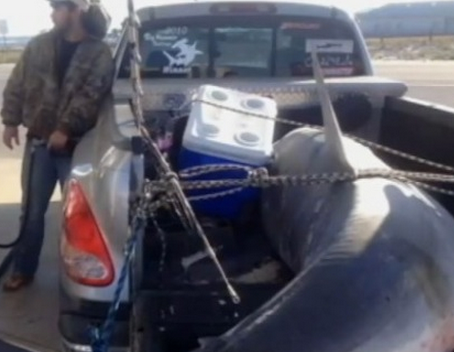 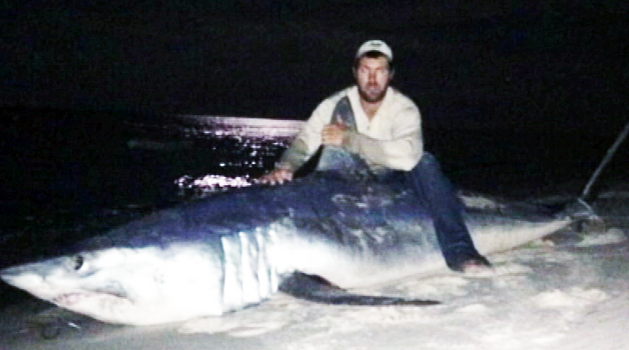 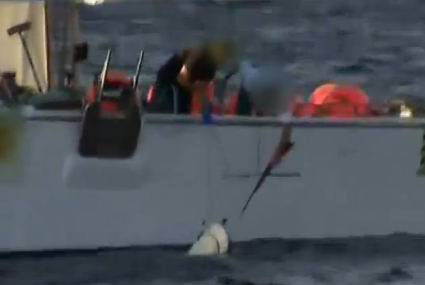 "People that come from the mainland have no respect for anything, neither the ocean nor the land"